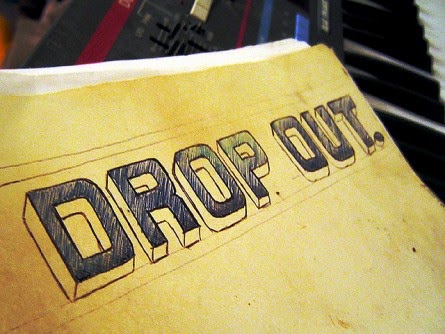 Dropout student phenomenon is similarly like a beehive, only a few that seen and exposed to public while the rest inside the hive is outstanding number where only few people notice and care about it. This is the problem faced by many country around the world where they fight against it. Data from statisticbrain.com, shows us that every year 3.030.000 high school student dropout in the US which 8.300 students each day. While in India reported by indiatimes.in on November 2013 confirmed that 40 percent of elementary student dropout from their school. This problem also occur in Indonesia, according to data by education ministry “in 2010, more than 750.000 students quit their school, 527.850 did not finished their first six year of education and 241. 110 quit before finishing nine years”. This Dropout problem should be solve right now, otherwise the rate could be raised and billions of children would not have their rights to be educated.

Dwi Candra Kartika explained on her paper that there are two main factors which cause student to drop-out. First is family financial problem, student were forced to quit school in order to work to support their financial problem. Furthermore, school equipment is expensive such as uniform,

textbook, bag, shoes, etc. students who are not wealthy cannot afford to purchase all of it. Additionally, school distance is also a problem where students need to spend more money to take bus or to buy a bicycle. Although, government has support this financial problem by funding free school for nine years. But there is second factor which government its self cannot handle it.

The second factor, students lost their interest to study, it could happen by several reason, such as parent involvement, friend, school facility. Without parent support student feel like they were forced to go to school. Student dropout because they follow friend who has dropped out earlier or friend who insult or mock them at school could be a cause student to drop-out. Furthermore, environment also plays a role for student to lose their interest. They drop-out because they prefer to work and earn money instead of study.

In conclusion, education is everyone’s right. What’s the point we have millions of scholars, but student still drop out of school. What’s is millionaire for if student could not continue their school. This problem is not only governments responsible but also our responsible as citizen, scholar, friend, parents, and teacher. The more amount of student dropping out of school, more and more problems that will exist.

Just shared. And now it's yours.